How can we cultivate generativity in the new generations? Let’s listen to teenagers 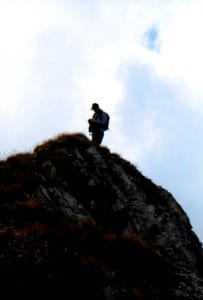 How can we cultivate generativity in the new generations?

The concept of generativity has been defined in many ways, starting from the first definitions of Erik Erickson initially indicating a biological and professional dynamism. Subsequently it was extended to any field in which each individual can generate changes (political, social, cultural, scientific, spiritual, entrepreneurial, …) useful to others and to new generations, and which should constitute the essence of happiness for the individuals. Recently, Leonardo Becchetti has resumed the concept of generativity updating it to the current Italian situation, highlighting some constitutive aspects – to desire, to give birth, to accompany, to let go – opposing them to “being lying on the sofa” and not desiring, characteristics of the current generations. Hence his exhortation to the new generations: “It is time to become generative!”.

Two researches conducted, in collaboration with the Centro della Famiglia Foundation, respectively on 580 and 53 students of the of Treviso Town, allow us to advance some reflections on the relationship between generativity of the new generation and the relational climate they perceive in their family.

In the first research, the generativity was operationalized with the attitude of pro-social openness lived in one’s own family by 580 students from the of Treviso Town (11-18 years old, 63% male, 37% female). The results show that boys and girls with a high propensity for social openness indicate that their families:

– are very functional: they are cohesive, they promote expressiveness, they face contrasts without conflict

– pushes the search for new ideas, dealing with difficulties and unexpected events

– looks to the future with optimism

– supports those who make personal choices.

Leonardo Becchetti urges young people: “It is time to become generative”. The question we can ask ourselves is whether generativity is a dynamism that is activated only by personal will and exhortation or if it can be a learned competence. The results of the two researches support the hypothesis that generativity is a skill that can be cultivated and learned in the family. This hypothesis supports the idea that perhaps today we are witnessing a way of being generative (or non-generative) cultivated in past years. Likewise, today’s parents are cultivating and determining future generativity.